At Ashley & Vance, we love when professional work aligns with our personal interests. Avid climber and structural engineer, Eric Varley, combined his passion for rock climbing with engineering when a new gym opened in Santa Maria, California. Here’s what Eric had to say about the project: 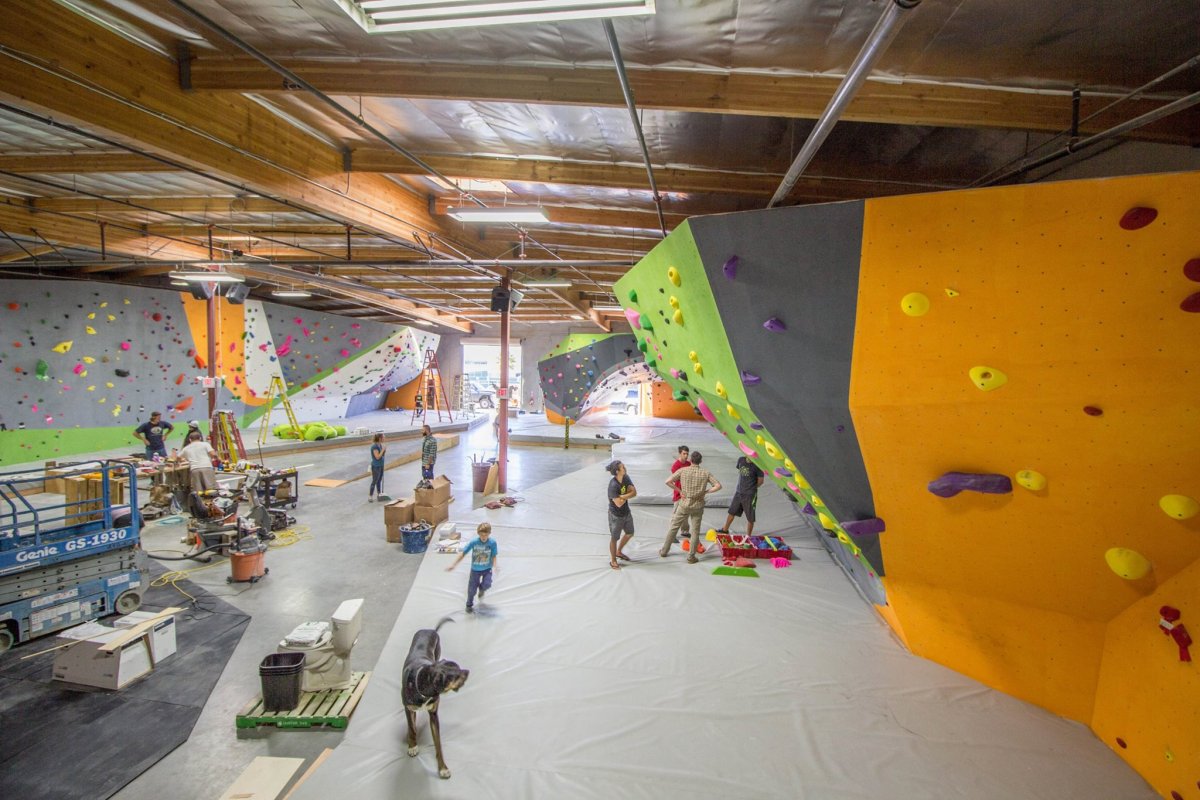 How did The Pad project fall on your desk?

In 2008, I joined the local bouldering gym, SLO-Op, which was located in a 1,500 sq ft industrial space with 13-foot ceilings. As far as bouldering gyms go, it was tiny. However, SLO-Op was a non-profit fueled by an entirely volunteer staff and two very involved owners. I enlisted as a volunteer and became good friends with the owners.

In 2009, they decided to move to a 3,500 sq ft space and hired a contractor who already had a structural engineering firm they used regularly. Though I did not provide engineering services on this project, I was working for a company that provided special inspection services and was able to assist with post-installed anchors and field welding inspections. This involvement allowed me to study the structural drawings and learn how to execute similar designs for future projects.

Over the next several years, I provided engineering input on small projects to improve the gym and assisted in designing obstacles for their adventure race company (which we later titled Fungineering). In 2015, the owners decided to open a new gym location, The Pad, in Santa Maria. They approached me to provide structural engineering services for the project.

How long have you been a climber?

In 2004, I started bouldering because it requires minimal equipment and I didn't know any other climbers. When I joined SLO-Op, I met fellow climbers who introduced me to sport climbing. Getting outside and ascending 80- and 100-foot routes on the local crag opened my mind to the possibilities of the sport. A passion was sparked that still remains with me to this day.

I began seeking larger objectives and greater challenges: A 700-foot route on a granite dome in the Sierra led to a 1000-foot route up an alpine peak in the High Sierra, which led to a 1500-foot route in Yosemite. I have multiple lifetimes worth of climbing goals ahead of me and I'm excited to see which ones I will get to accomplish.

What interests you most about The Pad project as an engineer and as a climber?

There were several design challenges with this project. First and foremost was negotiating with the local building jurisdiction on a design standard, as they did not have experience with climbing gyms. I researched and found that the Climbing Wall Association has publications on design loads and standards, which I was able to share with the building department and come to agreement on how to proceed.

The next challenge was to facilitate buy-in on the proposed structural system to support the climbing walls. To avoid costly structural upgrades to the existing building, the climbing walls were designed to be free-standing elements. The structure consisted of steel angle, custom cut and welded onsite. Vertical truss elements were used to cantilever the wall structure off the concrete slab-on-grade, and horizontal truss elements at the mid-height and top were used to tie the vertical truss elements together and act as one. To satisfy the building department's concerns over the design, a 3D model of the climbing wall was assembled and analyzed for the agreed upon design loading standards.

From a climber's perspective, this project meant that I would have a new climbing gym closer to my home. 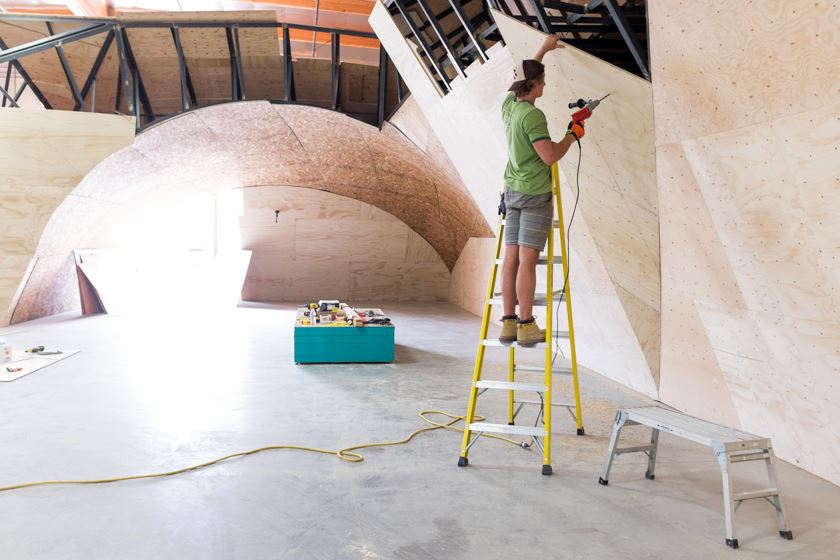 Any creative challenges you want to point out?

Because the climbing wall structure was completely custom built on-site, the builder had to become more like a sculptor than a contractor. There was a rough plan for the layout of the climbing wall but the builder had free reign to exercise his judgment and deviate as necessary. As such, the structural plans had to be flexible with clear intent and the details had to be as schematic as possible. My favorite feature of the gym is the cave, which is 20 feet deep by 28 feet wide, and tops out at 16 feet above the floor pads.

What advice would you give to other design teams thinking about similar projects?

Keep things simple and flexible. The structural analysis and drawings are a small part of the project and more of a formality for the permitting process. Construction of the wall structure will yield constant changes to the original design. Understanding the important elements of the climbing wall structure and communicating with the construction team regularly will result in quick decision making and an outstanding final product. 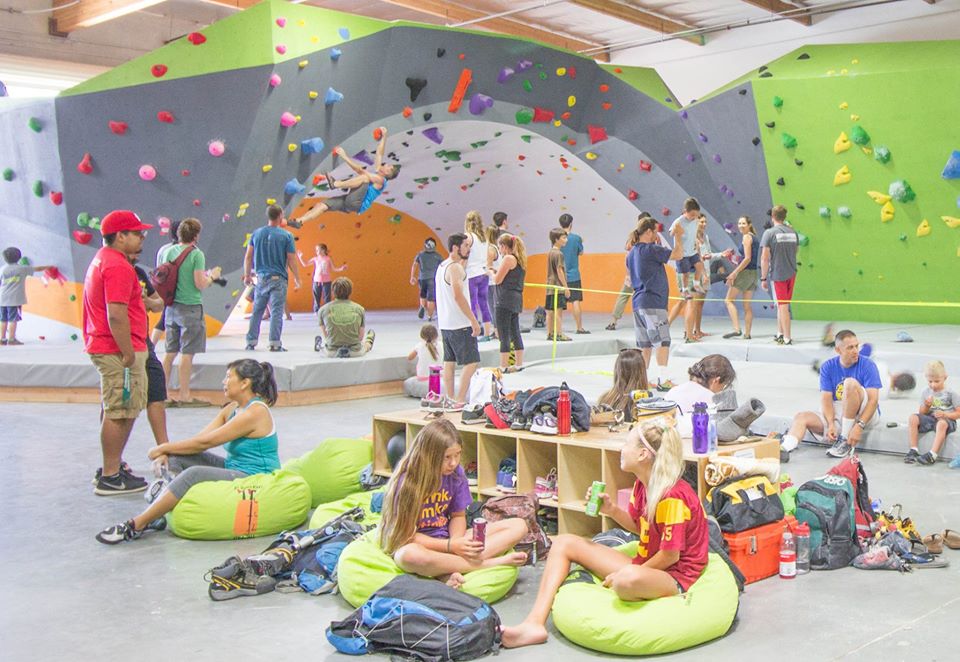