On October 12, San Luis Obispo will celebrate the grand opening of its very own Railroad Museum.  After more than 20 years of planning, funding, and construction, the museum located in the old railroad freight house at 1940 Santa Barbara Avenue will be open to the public.  It will feature several exhibits that showcase the history of the railroad in San Luis Obispo County. Ashley & Vance joined other local firms in donating their services for this project.  We worked in collaboration with architects Aron Kahn of Studio Design Architects, Inc. and Andrew Merriam, as well as contractor RK Builders, Inc. to complete the final phases of construction. 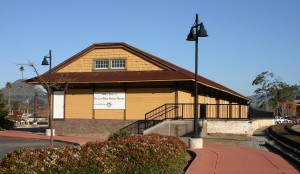 Ian Shoebridge and Charles Ashley worked together to make the existing building structurally sound while maintaining its historic appearance.  The structural design features a two-piece truss system that was assembled in place without removing the existing roof and shaped to appear less obtrusive against the original freight house framing. An old boxcar was used to provide additional square footage to the museum.  Part of the design included securing the boxcar to the rails below. 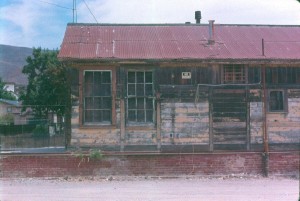 We are honored to be associated with a project that is preserving part of SLO history. Click here to read more!