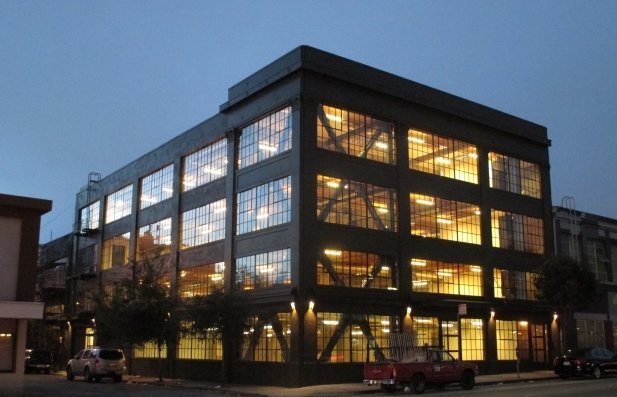 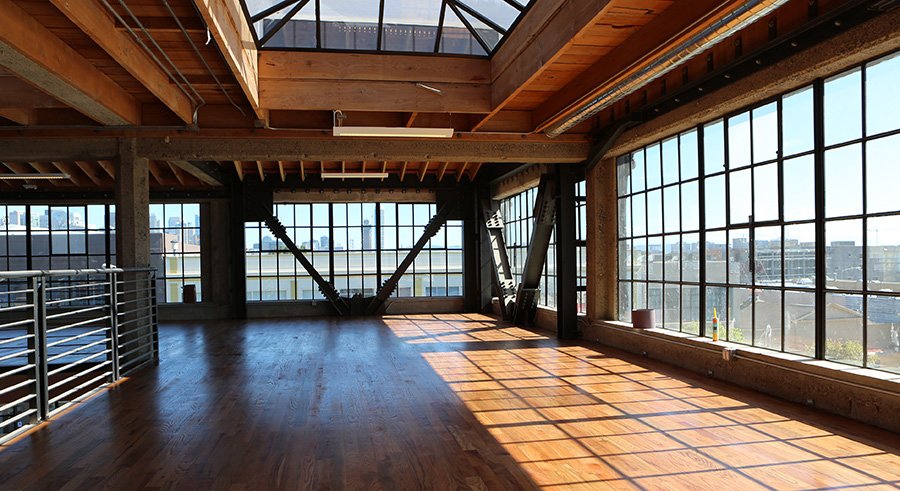 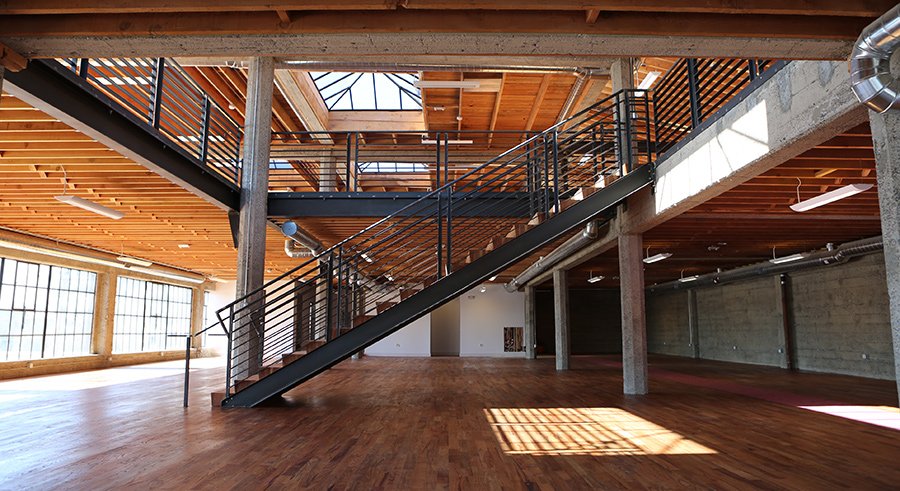 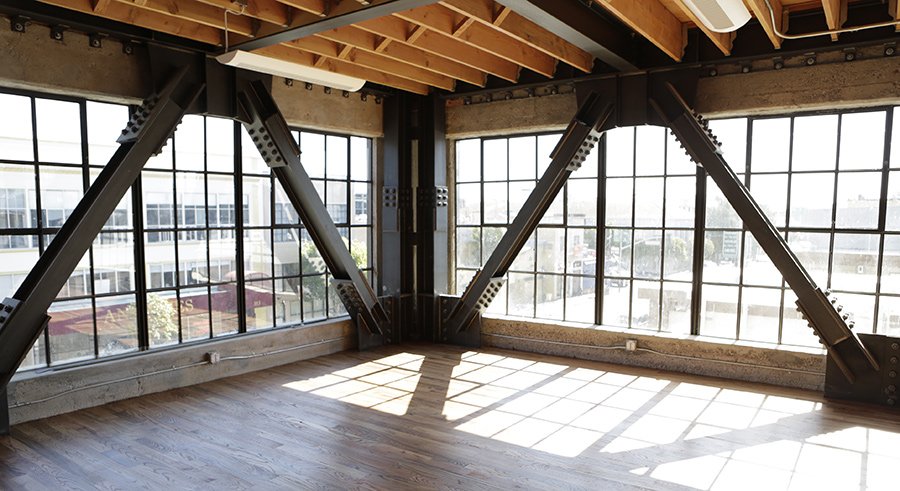 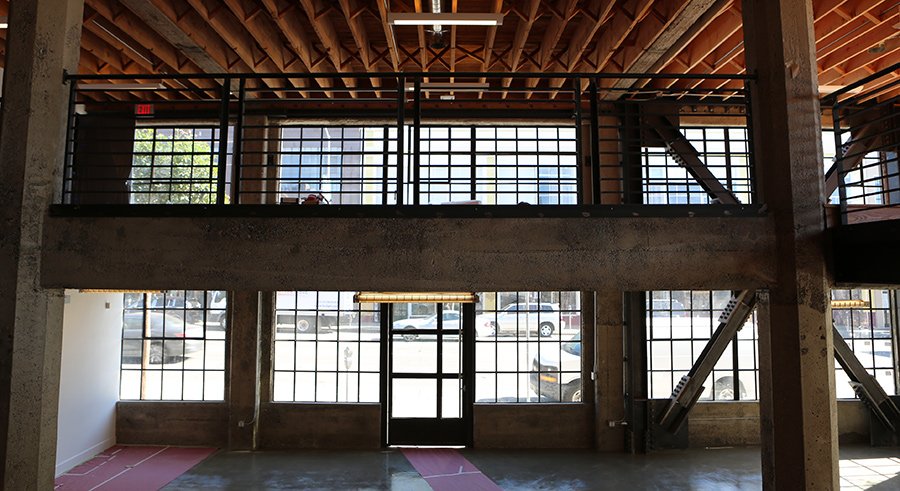 This four story cast-in-place concrete frame industrial building (constructed in 1924) had fallen into years of disrepair and neglect. The new owner wished to transform it into a highly desirable, warm and open office space in San Francisco’s South of Market Area (SOMA) district, popular amongst the myriad of tech start-ups which are drawn to the city.

The renovation included major expansions of the second and fourth floor mezzanines, which had previously been large volume spaces, to essentially create two full new floor levels. The ground floor and second floors, along with third and fourth floors are interconnected with custom steel staircases in an open column bay. This atrium effect serves to separate the building into two entirely independent spaces. In addition, a secondary egress stair was constructed to provide access to all floors of the structure. One of the most dramatic changes was reframing large portions of the roof to create generous clerestory windows, allowing natural light to penetrate the building.

Recognizing the building did not meet current seismic safety standards, the owner elected to implement a full seismic upgrade, the cornerstones of which are two impressive four-story steel bolted braced frames. They immaculately detailed to be constructed without any field welding, and were left exposed to express the industrial character of the building. In addition to the new braced frames, the floor and roof diaphragms were strengthened, as well the interconnection between the exterior concrete walls and the wood framed floors and roof.